From a work point of view, it has been a frustrating couple of weeks since my last blog post. A number of public holidays, continuing monsoon rains and the normal slowness of decision making in Nepal all mean I haven't been able to do anywhere near as much as would have liked. 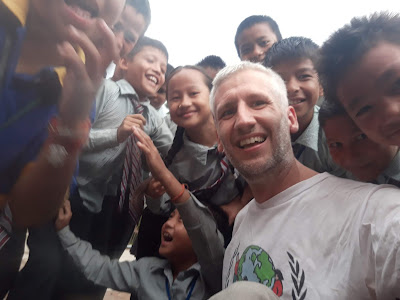 Saran and I did manage to make a short visit to Devwani School, in Tansen town. This was an unannounced visit so it was especially pleasing to see the school doing so well knowing that nothing was being staged.

A group of class 8 students were using the library that Manisha provided the school. They may not have been 'library quiet' but their enthusiasm and enjoyment of reading were obvious. A flick through the book checkout register showed the library being really well used with over 1000 books checked out since opening. The new Learning Resource Center, once opened, will have a bigger and better selection of books and I'm sure given these children's attitude we won't be short of a few customers.  It was really wonderful to hear teachers talking about how much students reading has improved since the library opening and it's a testament to what is possible when Manisha and schools work together to make education better! 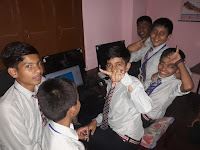 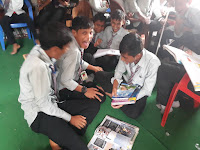 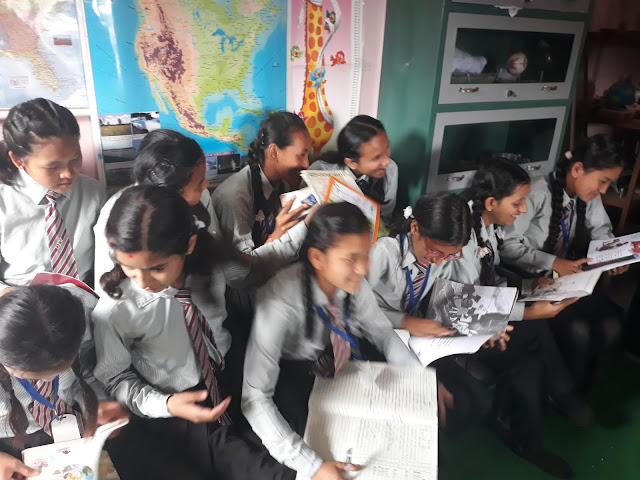 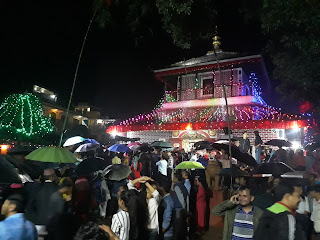 In the last two weeks, there have been at least three notable festivals (and probably some less noticeable ones as well, something's been keeping schools closed a lot!) The temples were lit up and there was a party atmosphere to celebrate 'Krishna's Birthday'. I'm not sure how old he is but if the lights are in the place of candles then it's a fair few years. At Bhagawati Temple and along the high street there was food, music and lots of dancing, alongside more traditional puja (prayer) and worship. 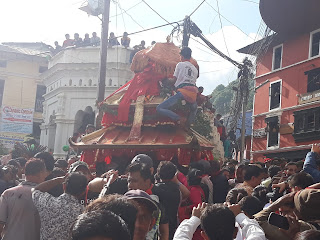 The following day was either Jatra or Chatra. This is something to do with a battle in which the English, or possibly Indian's, were defeated keeping Nepal free. Or, from my slightly more cynical point of view, free to be oppressed by other Nepalese rather than foreigners, as it wasn't exactly a happy time for the average Nepali peasant 2 centuries ago. This was the 200th anniversary making it especially significant. A huge chariot was pulled through the streets of Tansen, followed by hundreds of singers, dancers, and marchers. Many of those involved were from the schools around the town. We spent most of the day without electricity, as the wires had to be disconnected to prevent the chariot hitting them.

Finally, today is Teej festival, a festival with special significance for women. This one doesn't have a great deal of impact for me although I did visit relatives last night for a delicious Teej meal with my wife. Lots of chicken, roti (bread), various types of rice and fried potatoes. Although I'm pretty sure the fried potato was just because of me and not a normal part of the festival. For the women of Nepal, there are lots of programs going on for which they get dressed up in their best clothes and jewelry and dance for hours. As I write sitting in the office I can hear one party with some very loud music. 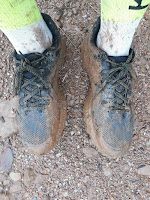 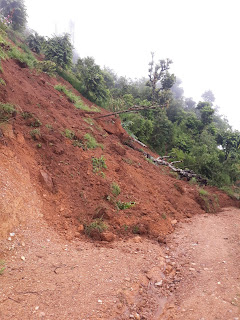 With plenty of spare time, I've been training hard for my upcoming Everest Challenge. I wanted to see the new Manisha UK classrooms at our supported school in Mahachhap so made the long run out there, climbing over the landslides and fighting through monsoon rains. I made it to the village but was unfortunately chased off by dogs before I had the chance to take photos! I did manage to photograph the landslide (and my shoes after climbing across!) and you can see why we won't be going on the motorbike until the weather has improved. 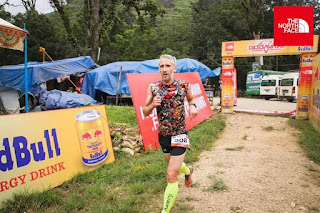 I has to visit Kathmandu to extend and upgrade from the tourist visa I took on arrival. While there I was able to participate in my first ever race in Nepal, a 15km trail run. It wasn't too hard going compared to what I've been training on and I was able to finish 6th overall and as the first foreigner, which was a great confidence booster. The 50km Annapurna 100 race I will take part in next month will be an entirely different challenge, so please do consider sponsoring me if you are able to. It's for a great cause!

Hopefully there will be much more Manisha related activities to report in my next post. In the meantime, don't forget you can keep up to date by following Manisha UK on Facebook and Twitter.