During the last week we have visited two schools within a short distance of other, Shree Amrit and Jheksang. First was Amrit, where we were given such a reception! Barbara, Saran and myself were presented with so many mala (flower garlands) that we couldn't see properly past them piled up around our necks and they covered our ears. It seemed that every single one of the school's 400 pupils had made a garland for us. It may take the local marigold population years to recover! 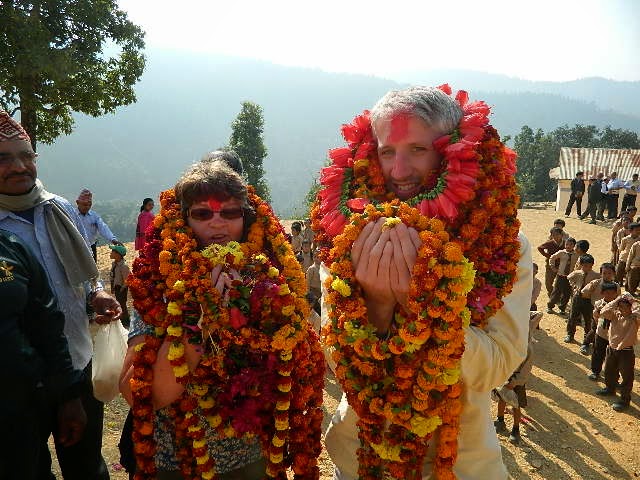 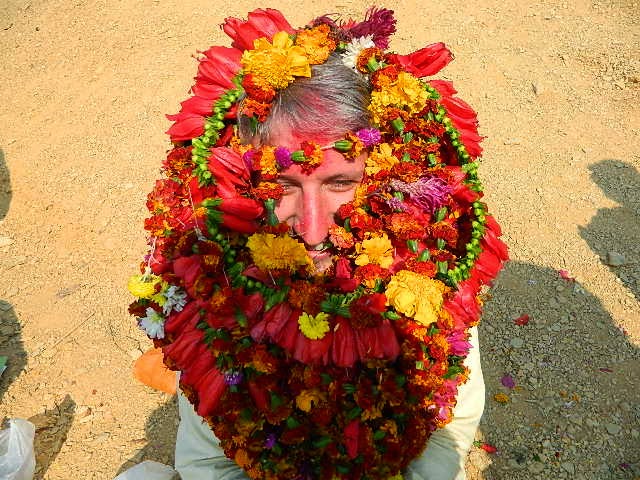 After recovering from the welcome, it was time to do some teaching. The pupils at Amrit were more enthusiastic than most I have seen in Nepal and clearly enjoyed being active in lessons. Working mostly with the primary classes, I did plenty of games and singing. Once again, everyone enjoyed the Hokey Cokey and Heads, Shoulders, Knees and Toes was also popular! We observed some very good teaching in this school, and I must single out Sita who's lessons were fantastic. Perfectly paced, very hands on, appropriate resources and clearly planned before the lesson started (something rare here!) The school has a good library which is well used, with children being allowed to take books home and many clearly enjoy reading. Amrit has been supported by it's twin school, Kings Lynn Academy, and have spent money from them on a watertank so children can wash after using the toilet and leveling parts of the playground, giving the children much needed space to exercise and relax during breaks. I promised to play some football during my next visit, but having seen the high standard of volleyball being played by some pupils I'm now concerned I'll be put to shame!
In the evenings we were treated to a bit of a village disco by the school chairman, great fun again with some of the local children. Overall we left with the impression of a very well organised school with some outstanding staff, and left the school with the impression of two very poor dancers! If this school can make learning a little more active throughout all classes it really will be a truly excellent place to learn. 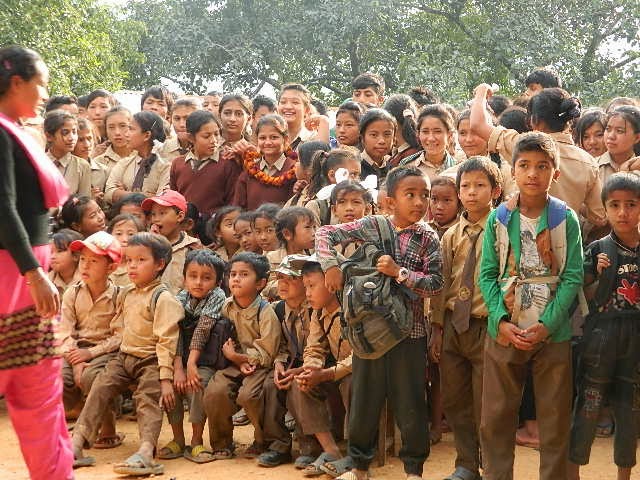 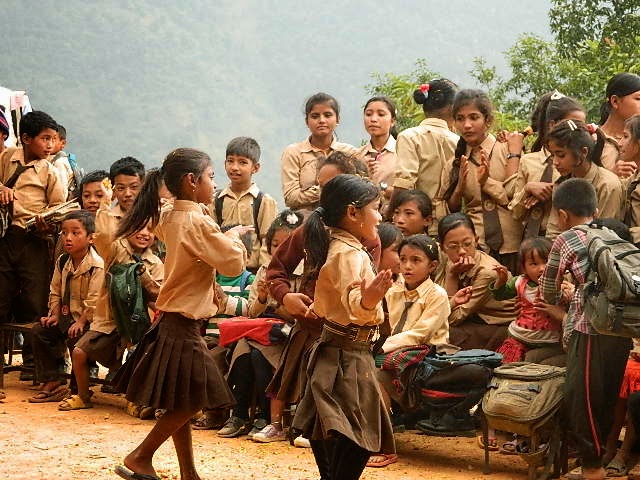 After two wonderful days at Amrit we caught the community jeep down the hill to Jheksang school. There has been some significant building work in the school since Barabara's last visit. On walkway that was previosuly dangerously narrow has been widend, making it much safer. There is also a new block with a library and ICT room. As at Amrit, the library is well used and children can borrow books to take home. Barabara and I were both quite upset to see some of the resources previously provided by Manisha sitting in the staffroom and clearly unused.  I found myself a hammer and some nails and can now report that all the posters are hanging in appropriate classrooms. We took some toys and books to year one who were thrilled with them. They seemed to love the building blocks especially and it was great to see some independent learning going on. We talked a lot about the need to use these resources and hopefully I'll see a big improvement during my next visit. During our final afternoon we saw a quiz and some games, which were all pupil organised and led which was great to see. After we`d been up to make fools of ourselves dancing for the whole school once again it was time to leave. This was a simple matter of a 30 minute walk down the slope to catch the bus, except for the giant bag of mala I still had to carry!
Posted by Dan at 06:39