A Sports Day and a Good Bye

The first stop was Bhalebas and I began the day by joining a class 1 lesson. I was completely blown away by the teacher, Shiva. He had attended our primary English training day a few weeks ago and impressed us with his ideas for using resources in lessons. During his English lesson I saw him put in all the effort and imagination he had used during training and the result was a fun lesson for the students that they learnt a lot from. It was great to see a teacher with the dedication to spend time planning and preparing for his lesson and his students will benefit enormously. It was also reassuring to know that Manisha's training was taking effect in schools! As well as English I did some work in the ICT suite, using some resources to get students familiar with the purposes of different computer parts and the layout of a keyboard. While teaching an IT lesson to a class of nearly 30 pupils with only 6 computers may sound almost impossible it can be done with a bit of planning and next time I visit we'll experiment with some split classes.

Like so many other villages, Bhalebas really put effort into making sure we didn't get bored in the evening and the evening was filled with some very enthusiastic dancing! This went on until after midnight, which may not sound so late back in the UK but here is easily the equivalent of partying to 4am. Both Barbara and I had a memorable night dancing with lots of locals and plenty of the children from school. The next day we were given a great send off, with gifts and more mala. If I save some seeds I may just open up a botanical garden when I get back to England.

Neither Barbara or myself had visited Kolkal before, which isn't a twinned school yet but they are always enthusiastic at training and certainly benefit from our support. Kolkal must be the smallest of our schools, with only 31 students in classes from nursery to year 3. We were really impressed by the standard of teaching here, especially given the lack of resources. The teachers, and Laxman in particular, showed lots of initiative in use of resources and ideas and the standard of English for the pupils was among the highest I have seen in Nepal. We had taken some sports equipment along and ended up having something of an impromptu sports day on both days of our visit. The children were clearly delighted to be out and active and it was so much fun for us! There was a mixture of badminton, football, Frisbee and some ball games. Laxman showed more ingenuity by bringing out a rope and starting a tug of war and we followed that with some skipping. It was a very memorable afternoon for me and a nice way for Barbara to spend her last afternoon in school during this visit. 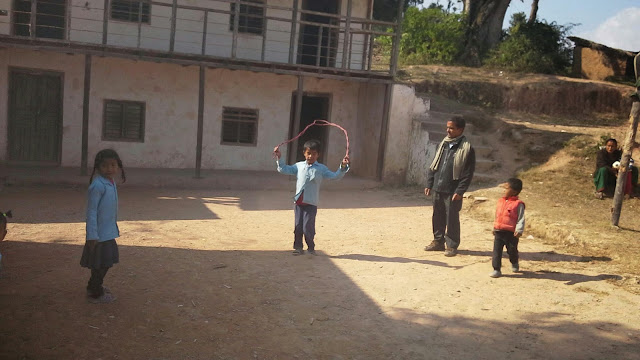 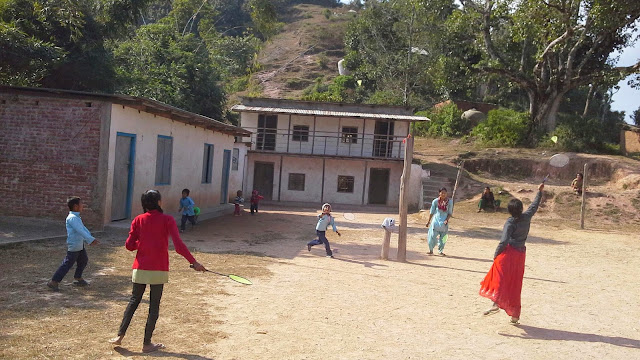 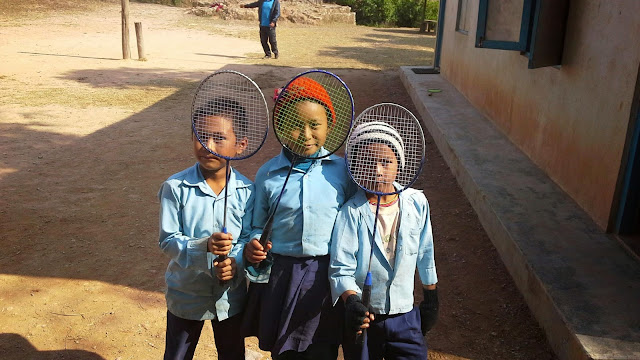 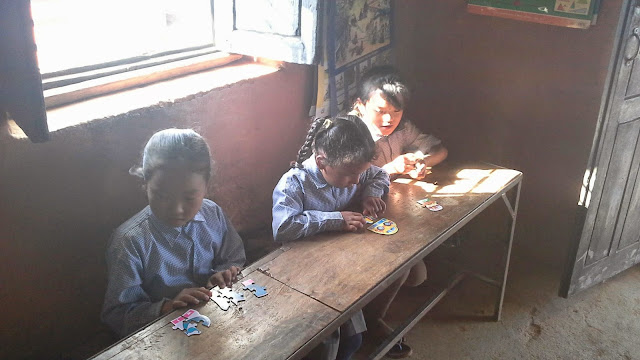 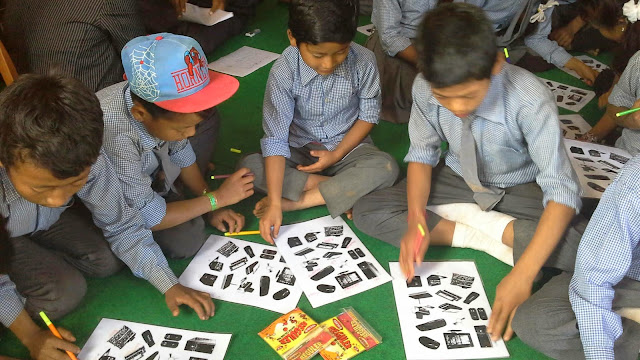 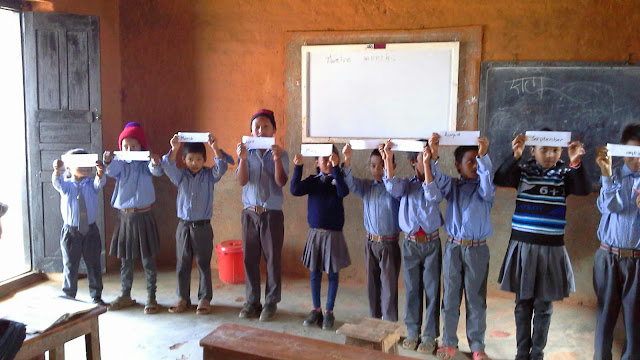 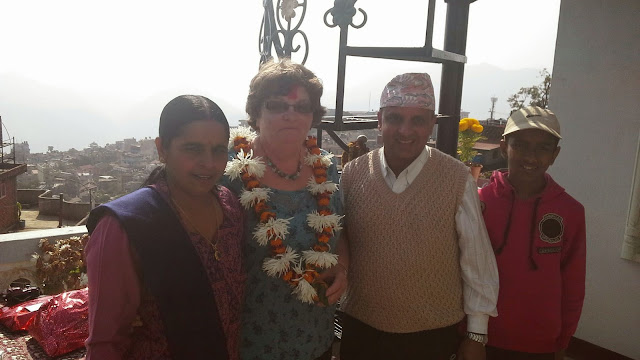