I know I've been away a while, but I'm back by popular demand! (While, 2 people, but I'll take that) My last post was just before Christmas, when I hoped to squeeze in another school visit but feared holidays and exams would spoil my plans, and indeed they did. So I had a long Christmas break, made longer by 3 week winter vactations that meant I could only get back to school on Monday this week (19th January) and the majority of schools won't open until 26th January.

So what have I been doing all this time? Well, I had great, but very nontraditional, Christmas and New Year celebrations. Neither event is really celebrated in Nepal, but I've made so many friends out here who wanted to party with me I had little choice and had a really great time. I time honored tradition, Christmas involved eating far too much, even if pizza, momo and dal bhat had to replace the usual turkey and roast potatoes, and NYE had plenty of dancing.

Throughout all this time, the building project at Pipaldanda school has been continuing and the building is now complete! There are still a few finishing touches needed but we're really in the very final phase now, which is a huge relief to all of us here who have been given plenty of headaches by this major project. Almost every visit to Pipaldanda dominated by building issues, and sadly the teaching has been a little neglected. I'm really looking forward to being able to spend some quality teaching time in the village soon, which the children certainly deserve!

Before term started, I held the third teacher training session of my placement here. This time we spent the day focusing on questioning. The quality of questioning in Nepali textbooks is incredibly poor and a very narrow range (for the educators out there, it is an endless stream of AF2 questions, maybe one AF3 question each week!), pure comprehension exercise style questions which don't require much thinking, any understanding, and certainly no imagination. We looked at the need to ask different types of questions, and what we could ask. We also talked about getting children discussing these questions together and talking in lessons, which is painfully lacking! Each school received a small set of mini-white boards and pens to help aid pupil discussing and more active questioning by the teachers. I also gave each teacher resources to make a "pot of fairness" for selecting random children to answer questions and a "zone board" to help reward those that make the effort. Overall it was a challenging day. The teachers have all spent not only there entire teaching careers working with this narrow range of questions, it is also all they ever knew at school themselves, making it a difficult habit to break! Nonetheless, we made a good start and I know the focus for my next round of school visits! 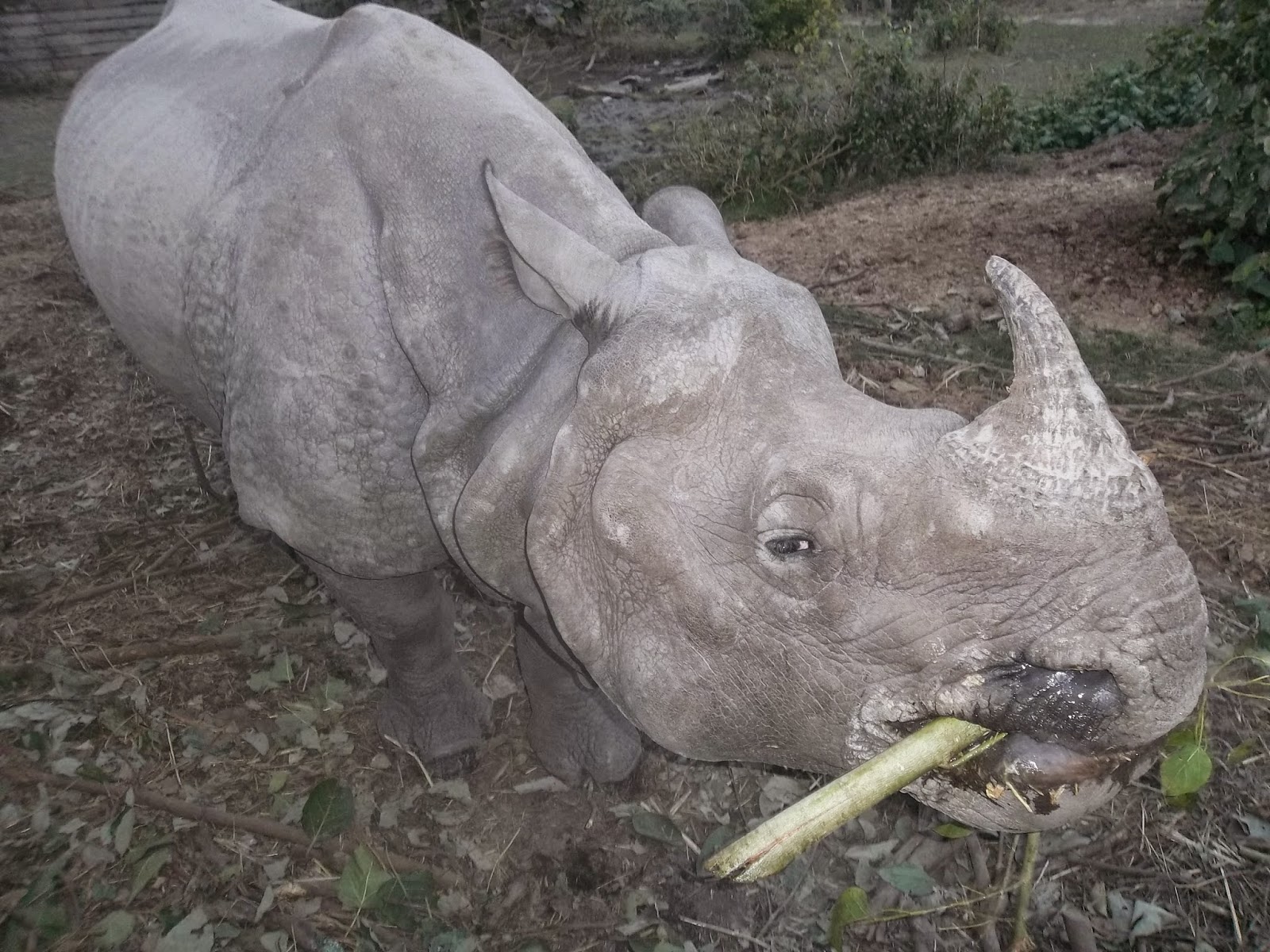 After teacher training I took a mini holiday in Bardia, Western Nepal, while the schools were still on holiday. This is a large national park and home to tigers, rhinos, elephants and many other animals. Unfortunately, most of them were as shy as a typical Nepali school pupil. I did see plenty of deer, some crocodiles and monkeys so plenty still, as well as plenty of tiger tracks and poo! There were also domestic elephants and an orphan rhino, so despite the animal shyness I had a really good few days away and enjoyed my time in the jungle!

This week I was finally able to go back to school at Gyanodaya School in Okhaldhunga. I had hoped for 3 days of teaching there, but yet another holiday (on Wednesday, 2 days after term started on Monday!) restricted me to just 2. It was great to be back in school, although the children here were even quieter than I remembered in class. I insisted we had to get the children used to a new style of questioning, even though it meant waiting a long time for anyone to answer, lots of embarrassed children and only a couple of questions asked each lesson. By the end of the 2 days some children were beginning to get it, and if the teachers can persevere I know they will see a real improvement. Last time I was in Okhaldhunga they made me get up and dance in front of the entire school to Justin Bieber. This time I avoided Justin, but got the Vengaboys instead, as well as some traditional Nepali songs. It's fair to say Nepal has had me out of my comfort zone on quite a number of occasions!

On the holiday day, I was taken for a great walk to some local sites of interest. This included the "luck cave". The locals all believe that if you go there and see water inside you are a lucky person, however, no water means unlucky! I was able to see a good pool of water, and fortunately for me the feared transport strike the next day never happened, so I'm inclined to believe in my luck for now. In the afternoon I went to a program at another nearby primary school where another village was celebrating the completion of a sanitation program. Sadly, the speakers here didn't share the pupils shyness and the speeches went on pretty much forever. I timed the VDC chairman who spoke, non-stop, for a full 25 minutes, in spite of the fact it was perfectly obvious everyone has long given up listening. With local leaders like this, maybe it's little surprise the new constitution still hasn't been agreed!

Next up are visits to schools at Jheksang and Amrit, as I try to visit all the schools again before returning back to England, a date which is approaching much faster than I'd like.