A jeep full of visitors and a happy new year! 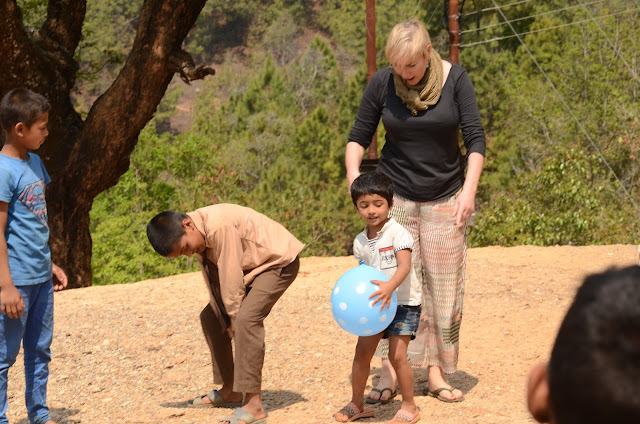 At the start of the month we welcomed Terri, the former headteacher of Kings Lynn Academy, her husband Tony, their friends Jenny and Dave, all from the UK, as well as Jay and Samjit from Nepal. As a former headteacher in one of our twin schools, Terri has been involved with Manisha UK for a long time and has visited many of our villages before. As well as revisiting old friends and seeing the progress that has been made, along with Jenny and Dave, she was here to talk with students about the way the mind processes feelings and the connection between thoughts and emotions.

We met the group at the airport on Sunday evening, and on Monday morning we were straight out to our first school, Nava Durga in Pipaldanda. Last time Terri visited this school was in terrible condition but has been totally rebuilt since.

We spent 3 days in the village, talking about the mind, singing songs, drawing and doing other fun activities with the students. We also met with the women's groups, again spoke about the mind and then more signing. After hearing some Nepali songs, the women asked if we'd sing a traditional English song. We really struggled to think of any song we could sing without music that we knew the words to until Dave suggested Wonderwall. Not exactly an English folk song but it did the job, even if we weren't as impressive as the women's group.

After a night in Tansen, we travelled to Bhagawati School in Bhalebas. None of the new group that joined us had visited this school but received a really warm welcome. While the rest of the group talked about mind, I took the younger children to the nursery to open some new toys we'd brought with us and had a very enjoyable morning playing with them. After lunch, we again visited the women's group for an enjoyable conversation. The evening had more singing and dancing.

The next morning we travelled direct from Bhalebas to Himalaya Primary in Mahachhap, where Terri presented a cheque from their twin school, Howard Junior School, which is virtually next door to Kings Lynn Academy. This was followed by yet more dancing, before making the trip back to Tansen.

On Saturday we took a trip out to Ranighat, sometimes known as the Taj Mahal of Nepal. The days are getting very hot now in Nepal, so for me, the most enjoyable part of this was the swim in the river. Shortly after getting out the river a funeral started, just meters from where we'd been playing and laughing. This made for a strange end to the trip, but it was an interesting spectacle, to see the body burning in the open on a pile of bamboo.

Next up was a trip to Shree Kalika. This isn't a twin school at the moment, but Terri has some contacts in mind who may be interested in twinning so wanted to see the school before telling them all about it. Here we did some more songs, as well as some origami, which again the students very clearly enjoyed.

The final school visit was to Amrit, the twin school of Kings Lynn Academy. Once again, I spent much of my time in the nursery, while the others carried on with their activities. After Ranighat we had a taste for swimming and walked down to the river for another dip, although this time it wasn't deep enough for swimming. Before leaving, Terri presented the head with a cheque and a plaque for the new building, once it's complete.

It's been a really great couple of weeks. This evening I'm off to Kathmandu for a few days, then next week I'll be starting the final round of school visits before I have to return to the UK. 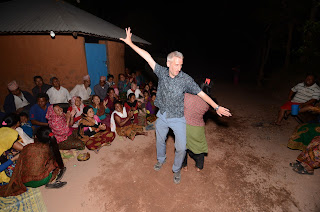 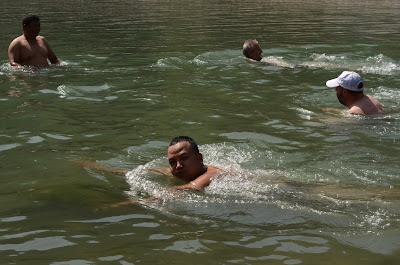 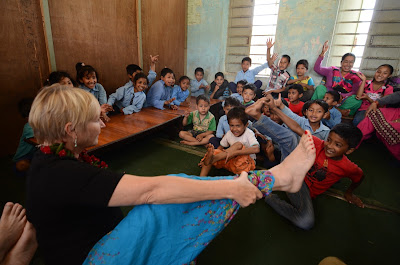 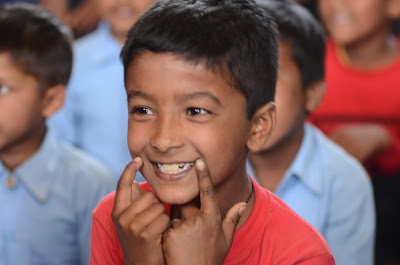 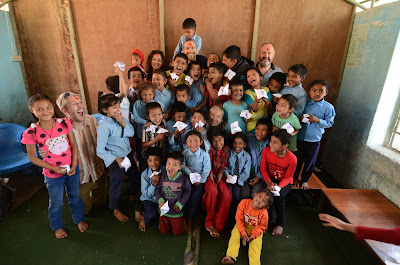 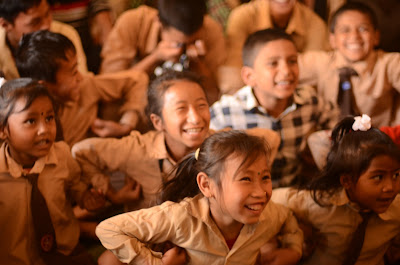 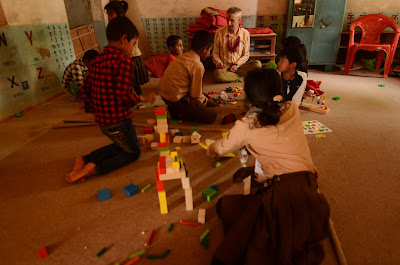 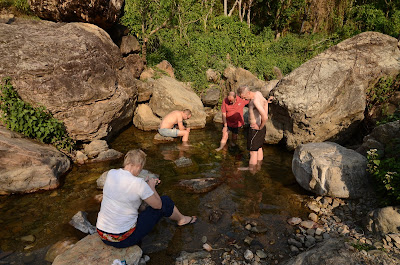 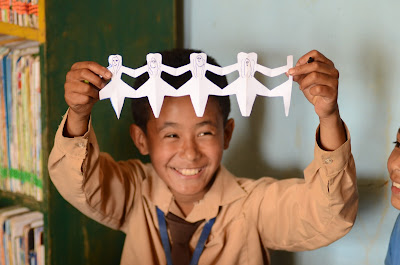 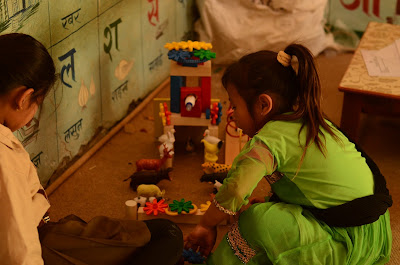 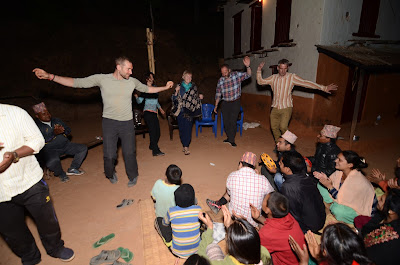