It's The Final Countdown

I've barely a week left in Nepal now and the last couple of weeks have been all go as I've visited all the Palpa schools again one last time before I have to return to the UK. 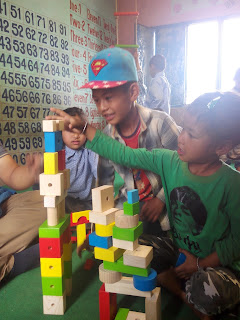 At Jandeep, Rakama Devi, Bhagawati and Amrit School we delivered more toys for the nursery children and spent time with the teachers in class talking about how to use each of the resources and explaining how the children could learn through playing with each of them. We discussed lots of strategies to challenge children and extend their learning. Some teachers, such as the one in Jandeep, really took to the training with enthusiasm, talked about the things they'd already tried and started straight away to practice what we'd spoken about. 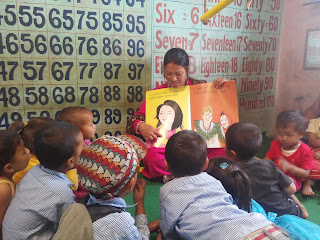 However, results weren't always so encouraging. In one school, which I don't feel I should name, I was shocked that after spending time talking about using various resources we'd taken to support learning the alphabet and spelling, the teacher on returning to 'normal class' lazily told the children to "write the ABC", with no further help or instruction. As if this wasn't bad enough, consider that most of the children in the class are only about 2 and a half years old and have been in school for less than 3 weeks! Of course, they were unable to do this and desperately need a teacher who is actually prepared to teach! I discussed the matter with the headteacher but left desperately deflated, realising this was a teacher who simply doesn't want to change, whatever efforts Manisha UK might put in. As a charity, we must focus our efforts and schools and teachers who are ready to embrace change and put at least a little effort into their teaching. 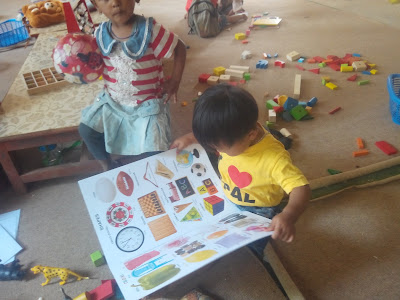 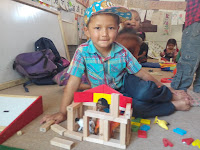 At other schools, we continued to check on library use. The last month and a half has seen all children sit end of year exams and then school holidays, so use has been limited and not all schools had got back into the routine of regular library use. I spoke with heads and teachers to remind them of the importance of reading and giving children regular access to the libraries and I'm reasonably confident that as school settles back into the normal routine libraries will see more regular use. The children at Devwani School haven't let the break stop their enthusiasm, with secondary pupils still taking responsibility for opening the library at lunchtimes and great quantities of books still being checked out. 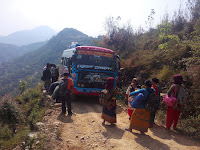 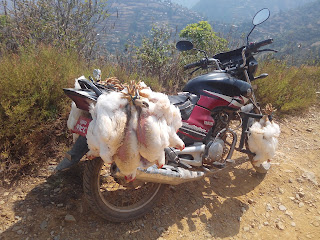 On the way to Himalaya Primary School we found the road blocked by a broken down bus. On these types of roads there is no easy getting around so we settled in for a long wait. Among the queuing traffic was a motorbike carrying approximately 20 live chickens. I felt especially sorry for the ones that had their heads next to the exhaust pipe, but a truly horrible way to travel for all of them. Eventually we made if round the bus with a little off-roading, as several of the waiting motorbike drivers basically created a new path over the hill.

One incident occurred that left my blood boiling. Regular readers may remember that a while ago we delivered clothes to two orphans, Manisha and Raoul, at Gyanodaya School. When Saran and I visited earlier this week, Raoul shyly came up to us to report that his step-father, who they are living with, had taken many of these clothes and given them to his other children. He hadn't felt confident enough to tell any of the teachers about this, but clearly feels some extra trust for me. I was absolutely furious and wanted to go to his home straight away and confront his step-father about what in my view is nothing short of theft. I was dissuaded by Saran and the teachers, and having no idea where the home was had little choice in the matter without their cooperation. The teachers have promised to speak with the step-father and I'll be in touch to ensure this has happened.

We've received various bits of good news from different schools over the last couple of weeks. Building projects at Himalaya and Amrit have made great progress, Nava Durga has received long-sought permission to add extra classes to cater for older children and Bhagawati Himalaya, the school we support in Gorkha district has received a donation of almost 20 computers and other ICT equipment, in additionto extra funds from the government to extend and improve the library we provided. 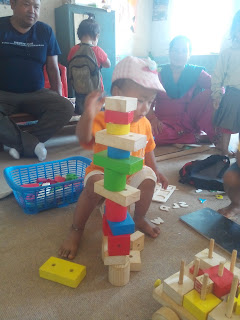 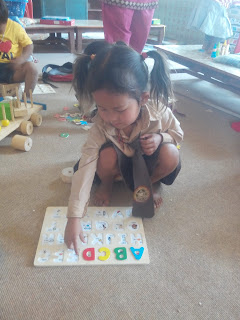